You are here: Home / Orphan Rescue / The Biggest Needs YOU Can Meet TODAY

If you've offered a helping hand to struggling orphans through our organization before, then you’re an adoptive parent to over 1,500 children.

Yep, you read that right!

You’re bringing together people who’ve had their lives destroyed by war and tragedy, and you’re giving loving homes and bright futures to orphans and widows.

And you’re doing it all through local churches in 10 different countries.

You may have begun your journey with Kinship United because God called you to care for orphans and widows. Or because of the high standards we hold in financial accountability. And today, you’re providing 24/7 care for nearly 1,500 children.

You can imagine that these 1,500 children in your care, well, they have a lot of different needs.

In fact, at this moment, these children in Kinship Projects around the world are in urgent need of mattresses and bedding, kitchen utensils, toothbrushes, school uniforms, shoes, and more. 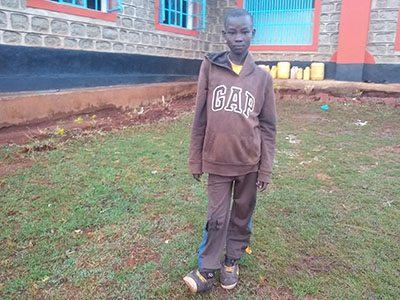 Otwane has suffered so much in his few years; not only because he lost his parents when he was only five years old, and not just because he suffers from a disability due to a deformity in his foot and ankle.

After all of that, Otwane was abused by the relatives who were left to take care of him after his parents died.

To avoid the torture of abuse from his uncles, Otwane would spend his days away from home, wandering around. One day he met a friend who invited him to come play with him and his neighbors.

The friend’s neighbors ended up being the Aruba Kinship Kids, and Otwane ended up at the Kinship Project!

Once he was there, he couldn’t believe his eyes. He begged the Kinship leaders to let him stay and live at the Kinship Project, telling them that if he never went home, no one would miss him. 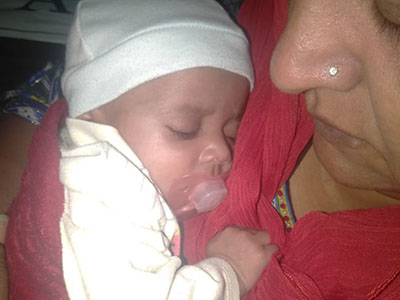 Baby Marriam, a beautiful and healthy baby girl, was tossed into the streets alone simply because she was not a boy.

The Lahore Kinship Project pastor’s wife stumbled upon baby Marriam while walking past a pile of garbage. She immediately scooped her up and brought her home.

After a few close calls and a stay in the hospital, Marriam’s health is now stable and she’s a precious member of the Lahore Kinship Project family.

Gerald was an angry 11-year-old who had lost everything.

Painfully shy with unpredictable outbursts towards the other kids, he was heading towards a future like so many young men around him. Drug abuse, prison, and recreating the cycle that left him orphaned was looming on Gerald’s horizon.

Fast-forward seven years, and Gerald has thrived in the Buwanda Kinship Project.

No longer angry and shy, Gerald is a role model for the younger children. He’s working towards a bright future in welding and carpentry, loves playing the drums, and is extremely hard-working. This kid is going places!

The Biggest Need YOU Can Meet TODAY

Children like Otwane, Marriam, and Gerald have already suffered too much. A Kinship Project is now their safe place, and promises to take care of them.

That’s where you come in. 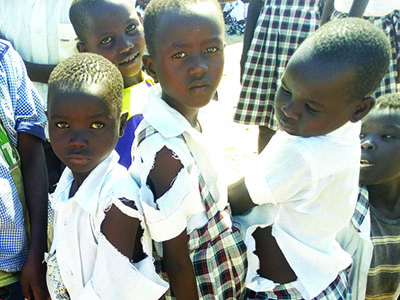 Hundreds of children in Kinship Projects are sleeping on shredded mattresses, torn from years of use. Countless more don’t have a uniform to wear to school that isn’t held together by strings.

Will you help these kids by meeting these simple, but special, needs right now?

Making sure an orphan has enough clothes that are in one piece and shoes that fit does more than just improve their appearance. When you donate today, you’ll go beyond providing food and shelter and give an orphan a sense of love and dignity they’ve never known before.

Thank you for being one of those people that always goes the extra mile for these kids!

P.S. 100% of your donation today to bring love and dignity to orphans will be used to absolutely make their day!